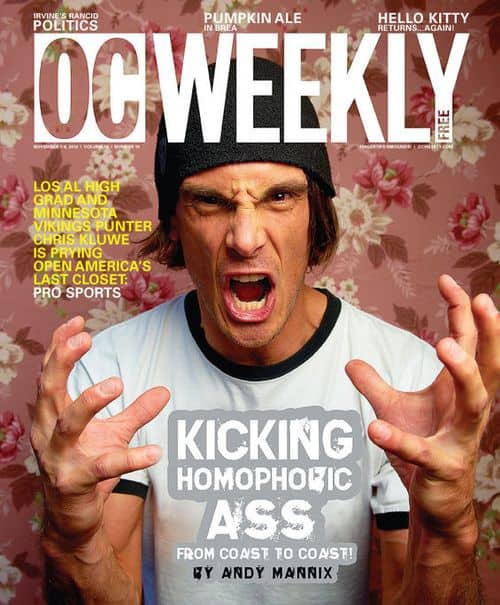 The Minnesota Vikings punter seemed to come out of nowhere to fight anti-gay marriage discrimination in Minnesota, and has since become a national star. He does not, however, necessarily like the political game:

Though Kluwe is now the spokesman for a liberal cause, he doesn't consider himself a Democrat. He favors neither Barack Obama nor Mitt Romney, and he describes the presidential race as a contest to kiss the ass of the most billionaire donors, rather than the battle of ideas it purports to be. If Kluwe had to label himself, he'd say libertarian, but that doesn't quite sum it up either.

"My ideal world is one in which we don't need a government because people treat one another the way they want to be treated," Kluwe says. "But until we fix human nature, that's probably not going to happen."

Read the rest of Mannix's profile on Kluwe, who was raised in California, over at OC Weekly.