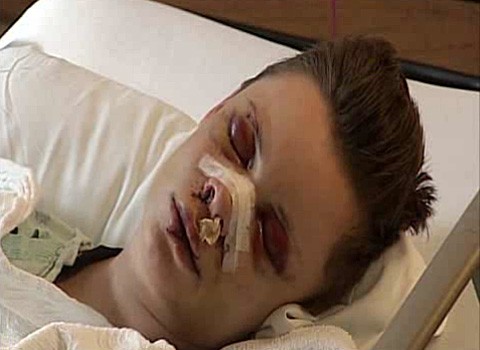 Mallory Owens, the Alabama woman who was attacked on Thanksgiving Day has released a statement through GLAAD regarding the attack in an effort to clarify media reports: 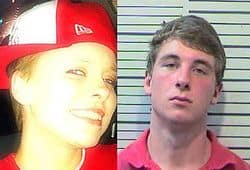 I am represented by attorney Christine Hernandez. I am supported by my family, friends, several organizations including Equality Alabama and GLAAD as well as numerous other indviduals who have offered a multitude of support to myself and my family including all of those that have donated to help me with my medical expenses. For all of you that have supported me, I am very grateful.

The last week has been the most traumatic several days I have ever experienced, physically, mentally, emotionally, and spiritually. Not just for me, but for my family as well. Fortunately, we are a strong family, and we are sticking together as a family.  On Thanksgiving Day, I visited the Hawkins’ home, the family home of my girlfriend Ally Hawkins. As I was leaving, I was brutally attacked by Travis Hawkins Jr., Ally’s brother. I believe that he intended to kill me. I was defenseless against him. This was not the first time Travis Hawkins Jr. attacked me and sent me to the hospital.

Travis Hawkins Jr. has been charged with Assault Second Degree by the District Attorney’s office. Although, I appreciate all the efforts of the hospital and EMS staff, police, all the investigators, and District Attorney Ashley Rich, neither I nor my family agree that Assault Second Degree is the right charge. We are very hopeful and optimistic that as Ms. Rich, her offce and the police continue to investigate this crime, that the charges will be upgraded to attempted Murder. I was unconscious when the beating ended. I do not know what stopped him. I do know he has threatened to kill me before, he has attacked me with a metal pipe before, and on Thanksgiving Day he launched an unprovoked attack on me that left me unconscious, hospitalized, suffering horrific head trauma, severe injuries and in need of surgery and additional treatment. Since the attack, Travis Hawkins Jr. has been seen following my family and appearing at locations where they have gathered. He has threatened to finish me off. I believe as long as he is free on bond that my life continues to be in danger. Even beyond the physical harm, I am quite traumatized. I am afraid and I feel that I have been victimized repeatedly by the Hawkins family.

The interview at the Hawkins home was not requested by me, nor was I aware that the media would be at the Hawkins home. I was brought back to the home by Ally Hawkins. I wanted to be in my own apartment. Mr. Hawkins Sr. insisted we give the interview and statements were made. I believe Mr. Hawkins Sr. is very manipulative, I believe he organized the family and orchestrated the media represenation to portray himself in a better light. I do not feel safe there. I was very uneasy and nervous while I was there. I was still very disoriented, weak, and intimidated. Mr. Hawkins Sr. has also threatened me with harm based on my relationship with his daughter.   Travis Hawkins Sr. threatened me with a metal pipe while I was waiting in the car on a prior occassion.  Travis Hawkins Jr. used a metal pipe to assault me on a prior occassion.  He and his son pose a very real threat. I will not go back there.

It will be a very long time before I feel safe again. This sort of attack whether it is proven to be a hate crime or a crime derived from one man’s hate of another human being should not happen to anyone in this country. No one should have to endure an attack the way that I did. Neither should a mother have to see her daughter in the state that my mom had to see me.

During this investigation, many statements were made to the media, some were premature and misguided. All of us involved have been at the center of a huge media storm. At this time, we want to let the investigation continue and we need to heal. Ally Hawkins has continued to release statements and make arbitrary facebook posts and she has even offered a motive for her brother’s actions. Please know that Ally Hawkins is NOT SPEAKING for me, she is NOT representing me in the media in any way. Her statements and public posts on facebook or any other form of social media are NOT representative of my opinions, beliefs or words.

I am fortunate that my family’s love for me is unconditional. I fell in love with a girl. My family loves, accepts and supports me. They have shown nothing but love and acceptance throughout my attack, my time in the hospital, and the investigation of this brutal attack, they have been there for me, loving me and supporting me. I want to thank and publicly show my appreciation for my mom, my brother and sister, my Uncle Ricky, Linda, my grandma. Besides the countless individuals who have offered their support financially and in words of kindness, I also want to thank organizations like Equality Alabama and GLAAD for offering their direct support to me and my family, as well as working to create a culture in Alabama where people aren’t attacked for being who they are and loving who they love. Thank you to all those who have prayed, supported and advocated for myself and my family. For those of you who pray, we ask you to continue to pray for us as we heal.

GLAAD adds: "Mallory’s hospital stay and follow up care is expensive. If you want to make a donation to help offset the costs of this brutal attack, you can do so. An account for the Benefit of Mallory Owens has been set up at Regions Bank, you can go to any location locally. GLAAD has set up an on-line donation account to help facilitate the donation process. You may go to http://www.gofundme.com/1ldc7k to help."