Just a bit more about the Log Cabin's ad against Chuck Hagel, from a Washington Blade piece published last Friday, "Cooper said he couldn’t immediately recall the cost of the ad, but said
it was done over the holiday week at a special rate and was financed by
Log Cabin donors who are also organization members." According to Cooper, their anti-Hagel page in the New York Times was prepared before Christmas. 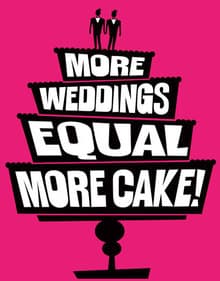 Marriage equality becomes the law of Maryland at the stroke of midnight.

President Obama said a congressional deal to prevent our nation from
careening off the so-called "fiscal cliff" is in sight. From Reuters: "The
tentative Senate agreement would raise taxes on several fronts, with
wealthier Americans bearing much of the burden. That might not be
popular in the House where Republicans hold sway. The planned tax
increases, while substantial, would be smaller than those that will take
effect automatically this week if Congress fails to brunt the full
force of the fiscal cliff." [UPDATE: Nevermind! No House vote tonight, so no deal.]

A new year's anthem from The Rescues: "Everything's Gonna Be Better Next Year" 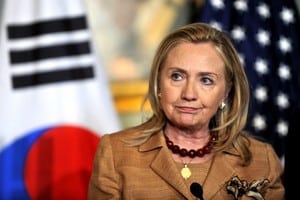 Based on the type of medicine she's being given, CNN's Dr. Sanjay Gupta thinks it's unlikely Hillary Clinton's blood clot is in her brain. [UPDATE: Actually, it is in her head.]

CNN asked Democratic voters who they would like to see run for president in 2016: 65% said Hillary Clinton; 26% went for Joe Biden.

Kanye West and Kim Kardashian are having a baby.

Stacy Kiebler and Michael Phelps played beer pong together in Cabo. Where was George Clooney during all of this?

Who is paying for Lindsay Lohan's life? 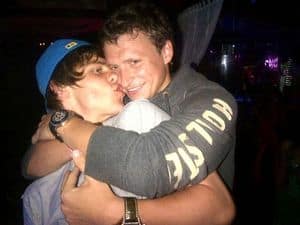 Russian soccer players Alexander Kokorin and Pavel Mamaev ignited gay
rumors after photos of them hugging and kind of kissing during a Miami
vacation surfaced over the weekend.

As the National Geographic Channel prepares to air "Are You Tougher Than A Boy Scout?," a Change.org petition calling on the cable channel to denounce the group's a    nti-gay politics.

This is fabulous: Bahaman Bishop Simeon Hall apologized for past comments about gay people and said that pastors who still preach against LGBT people may be overcompensating for their own closet. "Psychologists tell us that sometimes the things we strike out against, we do so because a bit of it lies within us on a subliminal level," he said.

"The Pope and Killing Gay People."