Portland, Maine is set to allow same-sex couples in the state to marry at the earliest possible moment, opening at midnight on December 29 for three hours, the Press Herald reports: 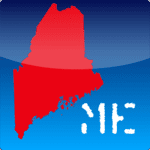 The city announced Thursday that it will open its municipal offices from 12:01 to 3:01 a.m. on Saturday, Dec. 29 – the day the state law allowing same-sex marriage takes effect – to issue marriage licenses and perform weddings.

The announcement came a day after Augusta said it would open its offices for the same purpose on that Saturday, during more traditional morning hours.

Portland decided to go a little further and open the minute the law takes effect.

"There was a lot of discussion about logistics, and the feedback from staff and others was that this would work," said city spokeswoman Nicole Clegg.

Previous Post: « David Axelrod Has Stache Shaved Off for First Time in 40 Years: VIDEO
Next Post: Here are the Details on ‘Suddenly’, Hugh Jackman’s New Song in ‘Les Miserables’: VIDEO »