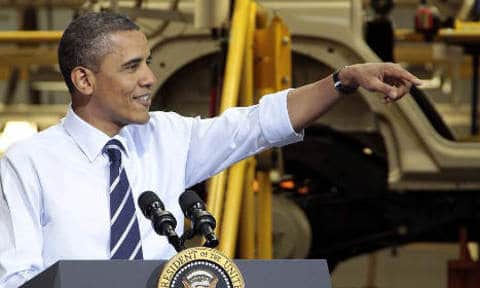 With the nation headed toward the dreaded, abstract “fiscal cliff,” a group of wealthy LGBT Americans have penned a letter to Congressional lawmakers urging them to maintain tax cuts for the middle class while making up the difference by taxing the rich.

The matter is especially near and dear to them, they say, because at-need LGBT Americans will suffer an enormous toll. From the letter, published at the Washington Post:

For LGBT Americans, this “fiscal cliff” isn’t just an abstract concept. A report released by the Center for American Progress, the National Gay & Lesbian Task Force, and a coalition of 23 national LGBT organizations outlines the real and lasting impact it would have.

At the same time, higher tax rates would further endanger middle class and working class members of our community. LGBT Americans have lower levels of income than other Americans, according to a recent Gallup report, and face additional economic obstacles caused by the so-called Defense of Marriage Act and the lack of federal workplace protections.

The signatories, including former DNC treasurer Andrew Tobias and entrepreneur Tim Gill, conclude: “We urge Congress to work with President Obama to avoid the fiscal cliff with a balanced approach, and to preserve the middle class tax cuts while allowing tax cuts for the best off to expire. It’s the right thing to do.”