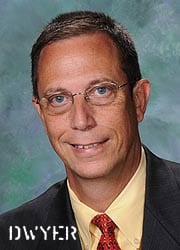 Don Dwyer, the anti-gay GOP Maryland lawmaker who drunkenly crashed his boat and injured four children last August, claims that his separation from his wife and the fact that some of his Republican colleagues voted for marriage equality led him to drink.

From the Capital Gazette:

Pressures at home were met with challenges in the State House.

Dwyer says he felt sold out when Dels. Tiffany Alston, Wade Kach and Bob Costa voted for same-sex marriage, an issue he spent years crusading against. Dwyer told reporters one day before the vote that he had enough support to block the bill.

Kach, a Republican from Baltimore County, and Alston, a former Democrat from Prince George’s County, voted against the bill in committee. But Kach changed his vote after hearing testimony from gay couples. Alston shifted her vote after her amendment was adopted.

Kach and Costa, of Deale, were the only two House Republicans to vote for the bill. It passed the House by two votes in February.

“I had no time to do anything,” Dwyer said. “Had I known earlier, I could have taken some action.”

It was petitioned to the November ballot and passed by 52 percent of voters state wide. Voters in Dwyer’s district, however, rejected it.

“That betrayal really affected me,” he said. “I was physically ill. You pour your heart into an issue like that and it’s devastating.”

Forgive me if I show no sympathy.

Previous Post: « News: ‘We Do,’ Zayn Malik, Italy, Outkast
Next Post: In His Short Life, Aaron Swartz Refused To Be Categorized »