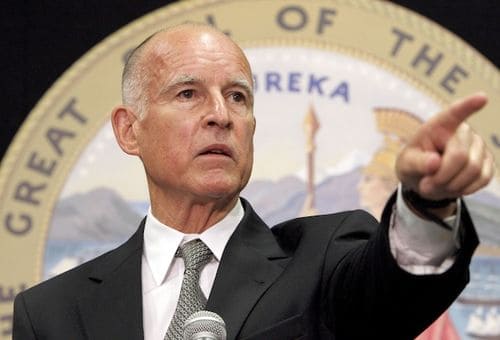 The notice of appeal was filed on behalf of Brown and the Medical Board of California by state Atty. Gen. Kamala Harris with the U.S. 9th Circuit Court of Appeals, which decided Dec. 21 to block the law that took effect Jan. 1 pending a decision on its constitutionality.

A small group of therapists and religious groups argued that the law infringes on their rights to free speech, but Harris has called conversion therapy "unsound and harmful."

Harris asked the court Wednesday to look at a recent decision by U.S. District Judge Kimberly Mueller upholding the law.

"Defendants wish to apprise the 9th Circuit of a related case currently pending before it … denying a motion for a preliminary injunction that would have enjoined enforcement of Senate Bill 1172," Harris wrote. "Both appeals involve the constitutionality of Senate Bill 1172 and raise the same and/or closely related legal issues."