Poland's parliament on Friday rejected legislation that would have legalized civil unions and given limited rights to gay couples, Reuters reports: 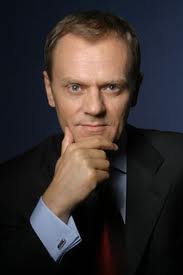 The lower house of parliament rejected three bills that would have legalized civil unions, including narrowly defeating one proposed by a member of the ruling Civic Platform that would have given limited rights to unmarried partners, including ability to inherit property.

The motion to prevent the Civic Platform bill from going to committees for further work was backed by 228 deputies, with 211 against.

Prime Minister Donald Tusk (pictured) spoke out in favor of the reform, but 46 members of his own party, including Justice Minister Jaroslaw Gowin, sided with the conservative opposition and voted against all three bills on their first reading.

"You can't question the existence of such people (living in homosexual partnerships) and you can't argue against the people who decide to live in such way," Tusk told the parliament before the votes.

Previous Post: « Gay Climbers Do it with Pride: VIDEO
Next Post: Obama’s Inauguration Gets the Bad Lip Reading Treatment: VIDEO »