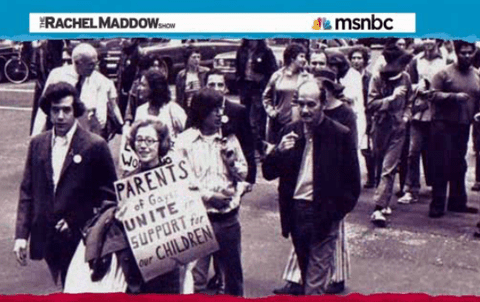 Rachel Maddow ended her work week with a lengthy and well-deserved segment on the late Jeanne Manford, the woman who founded PFLAG during an era when most people were disowning their gay and lesbian children.

Manford was a pioneer in the LGBT rights movement, and one whose work helped make it possible for moms and dads to embrace their children with pride.