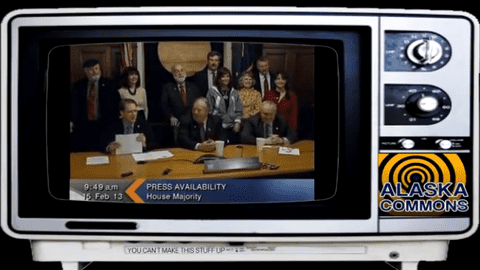 Alaska’s Republican-led House Majority Caucus really gave had themselves a good laugh on Friday, when Mark Miller from the Juneau Empire asked if their upcoming initiatives include civil unions or domestic partnerships to same-sex couples.

No, House Leader Lance Pruitt said after overcoming his giggles, of course they have no such plans. Civil unions are an issue Pruitt and company wouldn’t deign discuss, and it’s laughable to even suggest they would debate things that “happen in people’s bedrooms.”

Isn’t that funny? The people leading a state don’t care about equality because they think being gay is just about sex? What a riot!! I’m slapping my knee!

Watch the video, via Alaska Commons, AFTER THE JUMP. It’s disgusting, but thankfully it’s also short.