The Associated Press is digging in its heels regarding guidance on how to refer to gay married couples that is being widely seen as discriminatory. 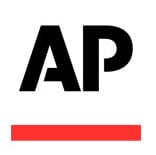 On Tuesday we reported on new guidelines sent out by the Associated Press, indicating that the words "husband" and "wife" should only be used to describe married gay couples if the couples themselves describe themselves that way, or if someone uses the term in a quote.

Last night we reported that the National Lesbian and Gay Journalists Association published an open letter to the AP saying it found the guidance "troubling":

What is troubling is the final sentence in the memo: "Generally AP uses couples or partners to describe people in civil unions or same-sex marriages."

Such guidance may be appropriate for referring to people in civil unions, for which there are no established terms and the language is still evolving, but it suggests a double standard for same-sex individuals in legally recognized marriages. One has to assume that AP would never suggest that the default term should be "couples" or "partners" when describing people in opposite-sex marriages. We strongly encourage you to revise the style advisory to make it clear that writers should use the same terms for married individuals, whether they are in a same-sex or opposite-sex marriage.

Buzzfeed's Chris Geidner reports that the AP is holding firm:

AP spokesman Paul Colford told BuzzFeed Thursday evening, "This week's style guidance reaffirmed AP's existing practice. We've used husband and wife in the past for same-sex married couples and have made clear that reporters can continue to do so going forward."

If this is the case, however, why don't they update their guidance, or make that more clear?

…Until the Associated Press can provide a convincing argument for why it has set up a separate-but-equal style guideline to describe the “difference” between one person’s legal marriage and another person’s legal marriage, simply because one spouse is gay and the other straight, this problem will not go away, and in fact, it’s going to get a lot worse.

We are never going to agree to disagree about whether the Associated Press has the right to vitiate our legal marriages simply because the people who write AP’s style guidance either find gay people icky; or are incapable of admitting they made a mistake, and then correcting it.