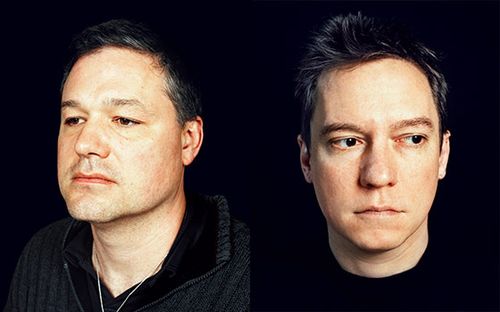 The flipside of the blossoming of marriage equality: 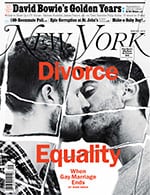 From “I do” to “I’m done” is a well-­traveled road—for straight couples. When their legal marriages are over, they pretty much know they will need a legal divorce. But for gay couples, the promise of marriage is still so new and incomplete that the idea of matrimonial courts, equitable settlements, and all the rest barely registers. How do you process the undoing of a bond that until a moment ago in history you were not allowed to form?

It’s not a subject that marriage-equality groups tend to trumpet on their websites, but gay couples are at the start of a divorce boom. One reason is obvious: More couples are eligible. According to a report by UCLA’s Williams Institute, nearly 50,000 of the approximately 640,000 gay couples in the U.S. in 2011 were married. (Another 100,000 were in other kinds of legal relationships, such as domestic partnerships.) The marriage rate, in states that allowed it, was quickly rising toward that of heterosexual couples: In Massachusetts as of that year, 68 percent of gay couples were married, compared with 91 percent of heterosexual couples. Another reason for the coming boom is that while first-wave gay marriages have proved more durable than straight ones (according to the Williams Institute, about one percent of gay marriages were dissolving each year, compared with 2 percent for different-sex couples), that’s not expected to last. Most lawyers I spoke to assume that the gap will soon vanish, once the backlog of long-term and presumably more stable gay couples have married, leaving the field to the young and impulsive.

Previous Post: « The Auroras, Explained: VIDEO
Next Post: Little Boots Wants to Escape with You on the ‘Motorway’: LISTEN »