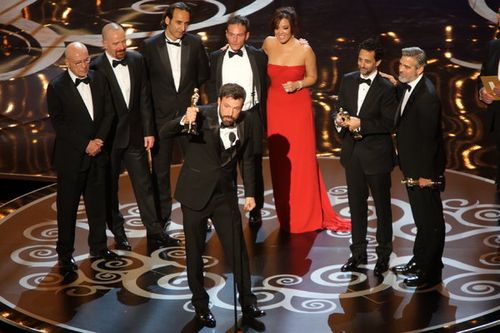 Argo won the top prize at tonight's Academy Awards, netting the Best Motion Picture statuette. Oscar spread the love around, as there was no one standout sweeping victor in a majority of the principal categories. Other winners tonight included Les Miserables and Django Unchained which each won several awards. Full list of winners, AFTER THE JUMP.

What were some of your favorite wins?