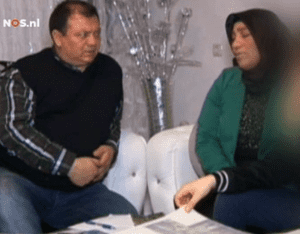 There may be an international incident brewing in The Hague, Netherlands, where a lesbian couple raising a Turkish foster son have gone into hiding to avoid returning the son to the biological parents from whose care he was ordered removed (pictured).

According to NPR, the 9 year-old boy, Yunus, was a baby living in The Netherlands with his Turkey-born parents when child services removed him from their care. Two other children were also meant to be removed but the parents took them back to Turkey before child services could intervene.

Now, as Turkish politicians rally against the concept of same-sex parents raising Muslim children, Yunus' parents are calling for his return, a call that comes just as Turkish Prime Minister Recep Tayyip Erdogan prepares for an official trip to The Netherlands.

While hardliners back home want Erdogan to fight for Yunus' return, his government doesn't really want to get involved, particularly because Yunus' placement with the couple was an official child service's decision. From NPR:

Lodewijk Asscher, the Dutch vice prime minister, told reporters Friday that the issue is an internal Dutch matter and that political interference from Turkey is "inappropriate."

Child social services in The Hague said there was no specific threat against Yunus or his foster parents, but he has been kept home from school as a precaution since the interview aired.

The Hague Youth Services Agency has decided it is better for Yunus and his foster parents "to stay at another address for a time, partly in connection with the visit of the prime minister next week," spokeswoman Tanja van Dijk said in a telephone interview with national broadcaster NOS. "For safety, and also because of the quiet that both Yunus and his foster parents of course now need."

Asscher also praised the lesbian couple for raising a child that was "in danger" in his biological parents' care. "People who are willing to take care of somebody else's child deserve our admiration," he said.