Richard Socarides, who was Clinton's aide on LGBT issues in 1996 when the Defense of Marriage Act was signed, writes about Clinton's journey on gay rights issues, and why he signed the discriminatory law. 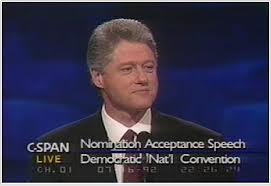 Inside the White House, there was a genuine belief that if the President vetoed the Defense of Marriage Act, his reëlection could be in jeopardy. There was a heated debate about whether this was a realistic assessment, but it became clear that the President’s chief political advisers were not willing to take any chances. Some in the White House pointed out that DOMA, once enacted, would have no immediate practical effect on anyone—there were no state-sanctioned same-sex marriages then for the federal government to ignore. I remember a Presidential adviser saying that he was not about to risk a second term on a veto, however noble, that wouldn’t change a single thing nor make a single person’s life better.

What we didn’t fully comprehend was that, sooner than anyone imagined, there would be thousands of families who would be harmed by DOMA—denied federal benefits, recognition, and security, or kept apart by immigration laws.

During the campaign season, Clinton would sometimes complain publicly about how the Republicans were using the marriage issue against him. He said, derisively, that it was “hardly a problem that is sweeping the country” and his press secretary called it “gay baiting, pure and simple.” And that September, when the Defense of Marriage Act was passed, President Clinton signed it.

There are no pictures of this occasion—no pens that were saved. My advice to the people who arranged for these things was to get it done and out of the way as quickly as possible; he signed it late at night one evening after returning from a day-long campaign trip…

Related…
Bill Clinton, Who Signed DOMA into Law in 1996, Calls on Supreme Court to Overturn It [tlrd]