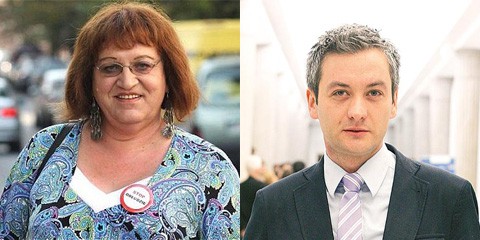 Poland's first gay lawmaker Robert Biedron and first transgender lawmaker Anna Grodzka have been moved to Parliament's front bench following a firestorm of outrage over Nobel Prize Winner Lech Walesa's remarks this week that gays have no right to sit there, and should even be kept "behind a wall". 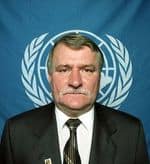 Janusz Palikot, the leader of progressive party Palikot's Movement, reacted by promoting the party's gay lawmaker, Robert Biedron, and transgender lawmaker, Anna Grodzka, to the front row for a three-day session starting Wednesday. In Poland's Parliament, the front row, which is closest to the Speaker and gets the most TV attention, is generally for party leaders and senior lawmakers. The Cabinet sits in a separate section.

Palikot said he will also seek a resolution asking Walesa to "change his manner of speaking."

Walesa has declined an invitation to meet with Biedron.

Walesa's son said he was shocked by his father's words, which "should not have been said."