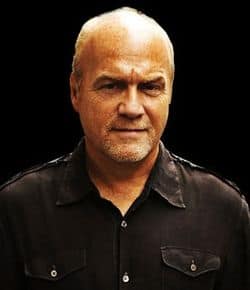 Laurie's church, Harvest Ministries, has published their anti-gay views on their website:

The HRC claims that “Pastor Laurie’s message is out of step with what the majority of people of faith across this country believe.”

OutServe-SLDN has called for Laurie's invitation to lead the event be revoked:

"Mr. Laurie represents the worst
our nation's communities of faith have to offer when it comes to
fairness, justice, and equality. His hurtful, out-of-the-mainstream
rhetoric stands at direct odds with the mission the Commander-in-Chief
and the Secretary of Defense have laid out…we call upon the Department
of Defense to rescind their invitation to Pastor Laurie and invite in
his place a faith leader who can speak with integrity and respect to the
needs and concerns of all of our nation’s courageous service members.”