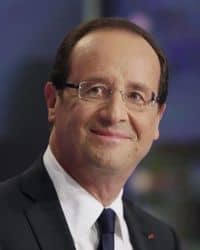 It was only yesterday that France's Constitutional Council approved the bill.

The very first same-sex marriages in that country could come as soon as the last week of May.

Just before he signed the bill, Hollande expressed his support for marriage equality in France saying: “I will ensure that the law applies across the whole territory, in full, and I will not accept any disruption of these marriages.”

According to the BBC, the country's right wing opposition party said they "would come up with alternative proposals in 2017 that were 'more respectful of the rights of children.'"

Also yesterday, anti-marriage equality demonstrators took to the streets in protest and demanded Hollande step down from his post. According to AFP: 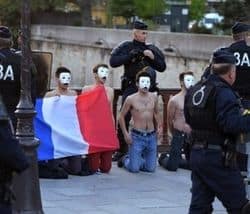 Late on Friday, between 200 and 300 protesters gathered in central Paris to denounce the ruling backing the bill and calling on Hollande to resign. One police officer was injured after a flammable liquid was thrown in his face.

Earlier, a group of bare-chested men wearing white masks staged their own protest against gay marriage on one of the bridges over the Seine. They call themselves the "Hommen" — a riposte to the bare-breasted feminist protesters known as the "Femmen".

Check out the new and improved look of the latest marriage equality world map, AFTER THE JUMP.

(map courtesy of the BBC)