The LA Times tells the story of Jonathan Zamora, a 31-year old man from Mexico City, who was detained and beaten by police in that city simply for being gay. While Mexico City is seemingly gay-friendly (same-sex marriage is legal as are adoptions by gay couples), LGBT people have recently reported more and more discrimination from police. 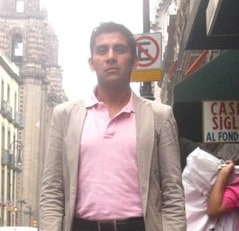 The abuse Zamora experienced by the authorities:

He claimed four officers entered his cell and proceeded to punch and kick him. Zamora said he was then taken to a hospital, examined, returned to a police station and let go, ending an ordeal that lasted about eight hours.

"In my case, it wasn't just about a lack of training, it was a lack of everything," he said. "How can you hire people who are aggressive, violent, who don't behave like community?"

This week has seen the introduction of new regulations distributed to Mexico City police officers:

New police protocols published Thursday instruct officers to treat lesbian, gay, bisexual and transgender people “with respect for human rights” and to respect their “gender identity.” They also prohibit the use of insulting language or degrading comments.

"First, the police have to recognize that we're people," said Jaime Lopez Vela, a longtime gay rights activist who helped draft the new rules. "We've been talking about this for years. It's been on the agenda, and sadly, it's been expedited by the recent aggressions."

Meanwhile the police officers who violently beat Zamora have yet to face any disciplinary action.