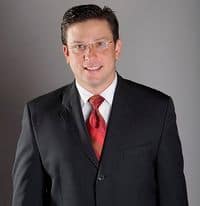 “The dignity of being a human being is inviolable because we are all the same and we must be equal under the law,” the governor said in a tweet before he signed the measures at his official residence in San Juan. “Today is a great day for Puerto Rico. I feel that I have fulfilled my duty as a Christian to sign these laws.”

This Monday, the Puerto Rico Senate voted to approve a modified version of the non-discrimination bill that passed the Puerto Rico House last Friday.  The domestic violence law change was also approved on Monday.

According to the AP, the original version of the measure, which was advanced by the Senate earlier this month, went further than the newly minted law:

The original measure would have also banned discrimination in commercial transactions, property rentals, public transportation and other circumstances. Those clauses were removed after heavy opposition by religious groups.