In February 2012, three upperclassmen wrestling team members from the small town of Norwood, Colorado tied down their 13-year-old team manager with duct tape on an empty school bus and then sodomized him with a pencil.

The principal says he did not initially inform the police and recused himself from implementing any disciplinary action in hopes that school officials would properly address the matter. But when Crews only gave the assailants a one-day in-school suspension and the victim's father's complaints to the school board fell on deaf ears, the father reported the sexual assault to the police nearly a month after it took place. 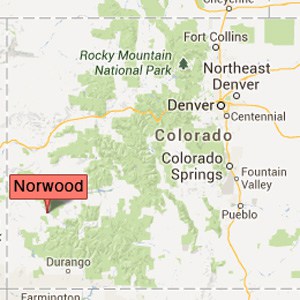 After the principal reported the incident to police, townspeople forced him to resign. Students protested against the victim at school, put "Go to Hell" stickers on his locker and wore T-shirts that supported the perpetrators…

… Jessica Bicknase, identified in a police report as the mother of one of the accused, paid to print T-shirts that bore a slogan using the initials of the suspects… A dozen students wore the T-shirts to school one Friday, and someone posted a sign with the same wording on the locker of the victim's brother…

Students who wore the t-shirts told police they wanted to support their friend. The victim told investigators he didn't understand why his friends would support people who attacked him.

"They blamed our victim," said Lynn Kimbrough, a spokeswoman for the Denver district attorney's office  which brought the charges against the three students. "There was this huge backlash, and everybody turned against this boy and his family for bringing trouble to their town."

After the T-shirt incident, the principal decided to stop sending his son to school, and instead brought his assignments home.

On April 23, police arrested the three boys on juvenile charges of kidnapping, sexual assault and false imprisonment. One of the boys later plead guilty to a misdemeanor charge of sexual contact without consent and the two others plead guilty to misdemeanor charges of third-degree assault — "sentences that included probation, community service and restitution of about $2,500 apiece."

After the ordeal, the school implemented more staff training about hazing and established an anonymous tip line to report hazing. The wrestling coach received a letter of reprimand for leaving students unsupervised on a bus and was reinstated as the school's wrestling coach.

The school board reached a settlement with the principal and renewed his contract. He now works in a town 200 miles away from Norwood, earning half of his previous salary. His now 14-year-old son has joined the wrestling team at a new school and finished an undefeated season. He's now weightlifting and playing as a member of his new school's football team.

The Bloomberg article adds that 10 percent of high school males have reported being sexually assaulted by another male. One expert says such cases becoming more frequent, brutal and sexually violent and another posits that assailants will often assault younger boys in a desire to prove their masculinity.

In related news, the numbers of male-on-male sexual harassment charges and male military sexual assault victims are increasing as well.