For the first time ever, the San Francisco Human Services Agency surveyed a sample of the city's homeless population about their sexual orientation and the results are startling. Of the 1,000 surveyed, 29 percent said they were gay, bisexual or transgender, which is about twice as high as the percentage of the residents in the city overall. The San Francisco Chronicle reports: 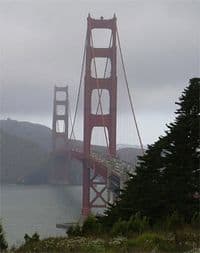 The numbers suggest that more effort may need to go toward providing special services – such as beds set aside for LGBT people in shelters or social workers with special training in LGBT issues – to get gay people off the street and into temporary, and eventually permanent, housing, homeless advocates said.

"It's great to finally have these numbers. What we get from this is that homelessness is a queer issue," said Jennifer Friedenbach, executive director of the Coalition on Homelessness. "And when we look at our system, it's not particularly gay-friendly."

She's talked to gay and lesbian people who experienced homophobia in homeless shelters, and she said that transgender people staying in shelters experience abuse at "three times the rate" of straight people.

Friedenbach noted that the city is hoping to provide 24 new shelter beds set aside for LGBT people this year.