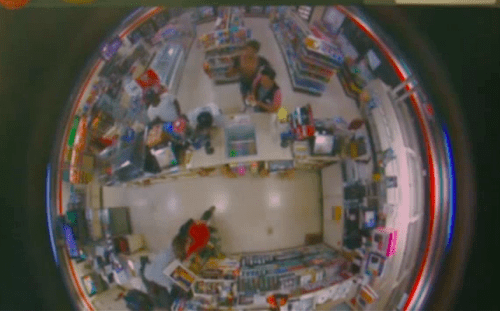 A gay man from Norwalk and his friend were attacked and beaten earlier this week while visiting a 7-Eleven in Sandusky, Ohio about 60 miles outside Cleveland. Fox 8 reports: 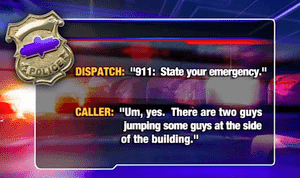 "The victim and his friend were inside the 7-Eleven initially and the two suspects walked in right after them," said Detective Gary Wichman with the Sandusky Police Department. "The two suspects had left the store prior to the two victims and it apparently happened right after that."

Surveillance cameras were rolling as the victim said he and his friend were taunted and called names.

"The victim described himself as flamboyant, and he felt that because of his sexual orientation, they were attacked because of that," added Detective Wichman.

While there is no surveillance video of the attack, the police report states the victim was repeatedly punched in the face, even kicked in the ribs. The two suspects took wallets from the victims and fled the scene before being arrested by police later that day. However, whether or not the two suspects will be charged with a hate crime is still in question.

"Right now, under Ohio Revised Code, it doesn't recognize what happened as a hate crime. We had looked into it and according to the prosecutor, it doesn't fall under a hate crime," said Detective Wichman.

Ohio law allows judges to consider "hate" circumstances in sentencing if, "in committing the offense, the offender was motivated by prejudice based on race, ethnic background, gender, sexual orientation or religion." At the sentencing hearing, the judge has broad discretion to decide how much consideration, if any, will be given to "hate crime factors."

Check out a news report on the attack, AFTER THE JUMP…