Hans Mattesson is an emeritus leader in the Mormon church of his community in rural Sweden. Now, thanks to an article and video released by The New York Times, he is also the highest ranking member of the church to express his crisis of faith with the church, and just one member of what the Times is calling "a wave of doubt and disillusionment among members who encountered information on the Internet that sabotaged what they were taught about their faith."

Not only has the internet brought to light a multitude of counter-arguments and contrary evidence to Mormon teaching, but it has also given skeptics, both inside and outside the church, a various forums to express their doubts. Mattesson describes the sensation as "an Earthquake"…

"Consider a Catholic cardinal suddenly going to the media and saying about his own church, 'I don’t buy a lot of this stuff,'" said Greg Prince, a Mormon historian and businessman living in Washington. "He is, as far as I know, the highest-ranking church official who has gone public with deep concerns, who has had a faith crisis and come forward to say he’s going to talk about it because maybe that will help us all to resolve it." 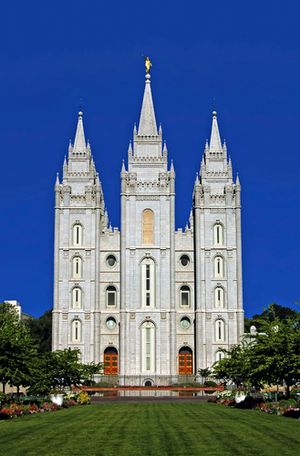 Mattesson said that his decision to go public came after he tried to articulate his doubts to higher ranking members of the church. He presented them questions, such as why the Church chose to keep quiet about Joseph Smith taking many wives, or why were black men excluded from the priesthood before 1978. Mattesson was told to keep quiet about his doubts, even to his wives and children, a demand that did not sit well with him. Instead, he and his wife hosted sessions of what they called the "Crucible of Doubt" for questioning Mormons across Europe. Hundreds were supposedly in attendance.

Mattesson's sessions are one of many examples of groups and forums opening up and sharing their doubts with the church. Another is "Mormon Stories", an online group of podcasts and forums seeking to promote "he open discussion of Mormonism". They released a study last year entitled "Why Mormons Question", which illustrated how "more than half of the men and four in 10 of the women had served in leadership positions in the church."

Eric Hawkins, a spokesperson for the Mormon Church, said that the organization strives for transparency. "The answer is not to try to silence critics, but to provide as much information and as much support as possible to those who may be affected." Unfortunately, both Mattesson and Mormon Stories can both attest to the ostracizing and broken relationships suffered by those who question. Mattesson insists that his intentions are far from malicious. "I don’t want to hurt the church," he told the Times, "I just want the truth."

You can read more about Mattesson and watch the video HERE.