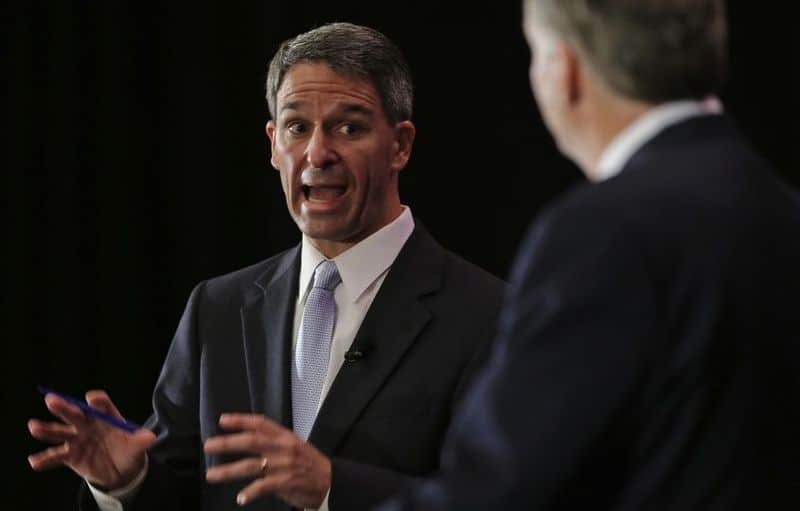 Politico reports on how Cuccinelli responded to a question by moderator Judy Woodruff in which she asked if he still agreed that homosexuality was “against nature and harmful to society":

“My personal beliefs about the personal challenges of homosexuality haven’t changed,” he said at one point. “What I want to do as governor is create an environment, including an economic environment, where every Virginian has the opportunity to succeed.”

He may not have seen the new poll released a few days ago which revealed that 50 percent of Virginians support same-sex marriage.

According to The Washington Post, pro-marriage equality supporter McAuliffe's stance on the topic: "On gay marriage, McAuliffe said he would sign a bill overturning Virginia’s ban on such unions if it reached his desk, but he said that was unlikely given the makeup of the General Assembly."

Watch a quick video recap of the debate, via The Washington Post, in which the parts related to gay marriage appear at the beginning, AFTER THE JUMP.