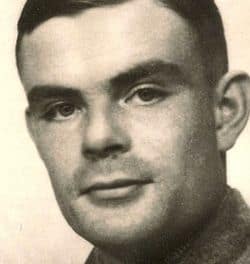 The government signalled on Friday that it is prepared to support a backbench bill that would pardon Turing, who died from cyanide poisoning at the age of 41 in 1954 after he was subjected to "chemical castration".

Lord Ahmad of Wimbledon, a government whip, told peers that the government would table the third reading of the Alan Turing (statutory pardon) bill at the end of October if no amendments are made. "If nobody tables an amendment to this bill, its supporters can be assured that it will have speedy passage to the House of Commons," Ahmad said.

The announcement marks a change of heart by the government, which declined last year to grant pardons to the 49,000 gay men, now dead, who were convicted under the 1885 Criminal Law Amendment Act. They include Oscar Wilde.

Ahmad told peers: "Alan Turing himself believed that homosexual activity would be made legal by a royal commission. In fact, appropriately, it was parliament which decriminalised the activity for which he was convicted. The government are very aware of the calls to pardon Turing, given his outstanding achievements, and have great sympathy with this objective … That is why the government believe it is right that parliament should be free to respond to this bill in whatever way its conscience dictates and in whatever way it so wills."

In the past, many notable have called for a posthumous pardon for Turing, including Stephen Hawking.

Watch a BBC video of the Parliamentary debate of the pardon last week, AFTER THE JUMP.