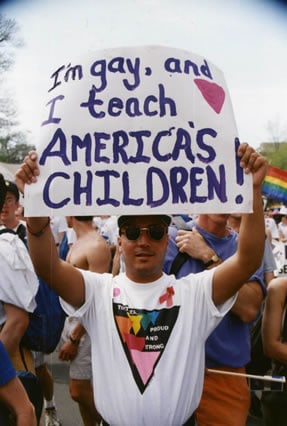 The root cause, according to Tiffany Wright, who conducted the interviews? Fear…not necessarily of being subjected to the same bullying, but fear that they might lose their job. She told Pink News that:

“Often, LGBT educators are less likely to say something in response to homophobia, because then they might be perceived as gay…They’re fearful for their job, or fearful of the repercussions of being seen as gay.”

Many of the teachers that Wright interviewed confessed that they did not feel safe coming out to their students or their peers. 59 percent of educators said that they have observed some sort of homophobic language from one or more co-workers, and two-thirds described "rarely or never" seeing anyone else intervene in such situations. 62 percent claimed that they chose not to come out to their students out of fear that their job may be at risk. Over 50% said that they did not feel safe being open about their sexuality when interacting with parents. "A lot of folks, theoretically, might be in favour of gay marriage and have liberal views," Dr Wright noted, "but when you’re talking about their kids, that’s a little different. Then, suddenly, people’s prejudices come out." 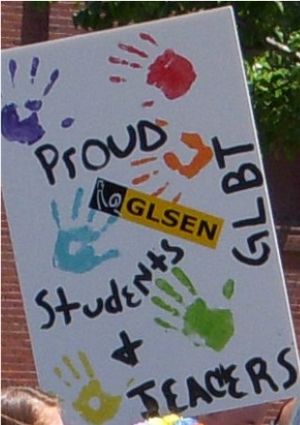 Wright, a former teacher herself, drew from her own experience to try and identify at least one root cause. “We grew up in an era when gay equalled bad,” Dr Wright said. “That’s so ingrained in so many people. We’ve made a lot of progress since then, but the language has just been pervasive.”

As was noted by ThinkProgress, homophobia in schools is certainly not a new problem.

"Other studies have shown that the use of homophobic language such as 'that’s so gay' can cause serious health consequences for LGBT students. In the Gay, Lesbian, & Straight Education Network’s 2011 school climate survey, nearly 85 percent of students said that they had heard 'gay' used in a negative way, and over 70 percent said they heard homophobic remarks often in school. Nearly 82 percent reported verbally harassment, and nearly 40 percent reported being physically harassed."

As was made apparent by Dr. Wright and her study, addressing such a problem involves changing the hearts and minds of everyone in the building, not just the students. Furthermore, as has been proven before, providing teachers with an environment suitable for coming out gives gay and straight students a positive role model.