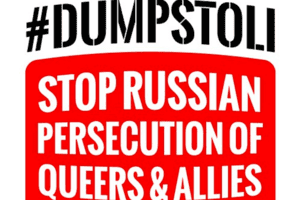 Recent human rights atrocities in Russia, committed against gay citizens, LGBT tourists, and even straight citizens, have prompted heated controversy in recent weeks, even prompting a boycott of Russian products such as vodka. Others have called for a boycott of the 2014 Olympic Games in Sochi. If you've read Towleroad or any LGBT news outlet recently, you're likely familiar with the story already.

One question that has been repeatedly debated and discussed in our comments section is this: is a boycott of Russian products an effective way to protest the human rights violations taking place in Russia? Well, John Aravosis of AmericaBlog has an answer for you. In short: it's already working.

How can he be sure?

In his piece "Boycotts 101: Why the gay boycott of Russian vodka is already working", Aravosis first seeks to identify the expressed purpose of a boycott in the first place. As he notes, many argue against the boycott because they are convinced that Russian companies (such as the one that produces Stoli) are simply too big. Thus, LGBT people and their allies don't make up a large enough portion of their consumer base to do any damage by pulling their money out. But is the goal of a boycott to put a company out of business? Aravosis argues that it's not necessarily about money–it's about sending a message and creating a specific target for people to rally around.

"The boycott is a tool – a foil, really – to foment and galvanize public ire in a way that generates publicity and eventually harms the brand of the ultimate target, in this case Brand Russia." 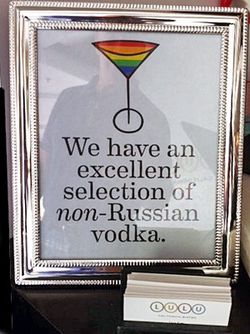 In other words, the damage to any brand, be it a company or a government, doesn't necessarily have to be monetary. It can instead come from bad publicity, and the subsequent association created in the minds of those who pay attention to the story. Thus, if companies such as Stoli and entities such as the IOC get enough bad press, they will have no choice but try to save face.

And they already have.

"This issue has been bubbling up for a few years now, but it hasn’t really gone anywhere, in terms of true widespread international support from the grassroots and the media, until just a week or so ago.  Why?  Because Harvey Fierstein penned a piece in the NYT, Matt Stopera at Buzzfeed assembled 36 killer (literally) photos of gay and trans people in Russia being brutally beaten, and Dan Savage pulled all the strings together into a call for a boycott of Russian vodka.

"That’s when the dams burst, the floodgates opened, and the world suddenly cared – really cared – about the plight of gay and trans people in Russia.  Bars across America, Canada, Australia and Europe started dropping Russian vodka, gay and trans people and our allies across the globe got enraged and engaged, and the international media suddenly found a hot new story that they’re stumbling over each other to report on." 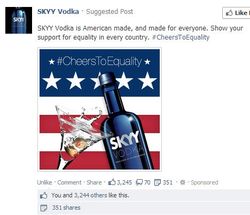 But what does all of this have to do with Russia as a country? Aravosis argues that, the more LGBT and human rights advocates put pressure on brands that associate with Russia, the more it costs them to maintain their relationship. Not to mention that, once boycotts like this one raise enough awareness and inspire enough indignation, it is possible to channel that energy into positive change.

"The very fact that this issue was ignored for years, and now is a page one story worldwide, is proof that the Stoli boycott 'worked.'  At least 'worked' for Stage 1, galvanizing the public and the media.  Now we have to fight Stage 2 simultaneously, channeling that growing ire towards positive change."

Those wishing to read the full piece can do so HERE.

Do you agree with Aravosis' arguments. Sound off in the comments section below.