Several pieces of disconcerting news out of Russia today. Officials in that country have arrested three Dutch tourists today under its new anti-gay "propaganda" ban. 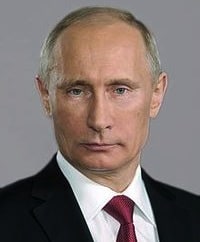 The Dutch trio are the first tourists to be told they have 'violated the rules of stay'. They were arrested in Murmansk, and Gay Star News says unconfirmed reports suggest they were helping gay activists in the city protest Russia’s position on human rights. They have been told they have broken the law of ‘non-traditional sexual relations’ propaganda among children, which was signed into law by President Vladimir Putin last month.

A hearing is scheduled for Monday morning Russian time (late this afternoon in New Zealand). The Russian LGBT Network is providing legal assistance.

That wasn't the only bit of anti-gay news out of Russia today. Patriarch Kirill, head of the Russian Orthodox Church and a strong supporter of the "propaganda" bill, told parishioners this morning that same-sex marriage is leading to the end of the world. 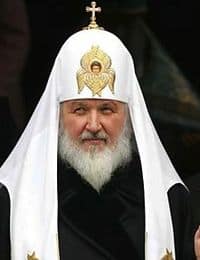 According to News.com.au, he said: "'This is a very dangerous sign of the apocalypse … It means people are choosing a path of self-destruction,' Patriarch Kirill told churchgoers at Kazan Cathedral in Moscow's Red Square on Sunday."

Finally, in a just published NYT op-ed, Harvey Fierstein took on Vladimir Putin and his hateful policies, writing that the Russian president "has declared war on homosexuals. So far, the world has mostly been silent."

Mr. Putin’s campaign against lesbian, gay and bisexual people is one of distraction, a strategy of demonizing a minority for political gain taken straight from the Nazi playbook. Can we allow this war against human rights to go unanswered? Although Mr. Putin may think he can control his creation, history proves he cannot: his condemnations are permission to commit violence against gays and lesbians. Last week a young gay man was murdered in the city of Volgograd. He was beaten, his body violated with beer bottles, his clothing set on fire, his head crushed with a rock. This is most likely just the beginning.

Nevertheless, the rest of the world remains almost completely ignorant of Mr. Putin’s agenda. His adoption restrictions have received some attention, but it has been largely limited to people involved in international adoptions.

This must change. With Russia about to hold the Winter Games in Sochi, the country is open to pressure. American and world leaders must speak out against Mr. Putin’s attacks and the violence they foster. The Olympic Committee must demand the retraction of these laws under threat of boycott.