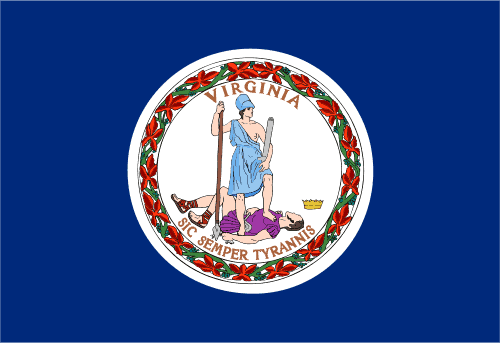 As they announced they would earlier this month, the ACLU and Lambda Legal, along with the regional ACLU of Virginia, today filed a federal class action challenge in Virginia arguing that the state's marriage equality ban violates same-sex couples' rights under the U.S. Constitution. The Washington Post reports:

The suit comes on the same day that Minnesota and Rhode Island became the 12th and 13th states to start issuing marriage licenses to same-sex couples.

The groups filed the suit in U.S. District Court for the Western District of Virginia on behalf of Joanne Harris and Jessica Duff of Staunton and Christy Berghoff and Victoria Kidd of Winchester, and seeks to represent all same-sex couples who are seeking marriage rights in the state.

“Virginia is home for us. Our families are here, our jobs are here, and our community is a great support for us, but it makes us sad that we cannot get married where we live,” said Joanne Harris, a native Virginian who grew up on a Bedford, Va. pig farm, in a statement. 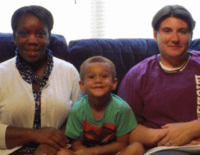 The Virginia legal brief tells compelling stories of the two couples' love and commitment. Harris and Duff, the complaint explains, "fell in love at first sight when they met in 2002," and were later "baptized together in the backyard river of a fellow church member." Together, the couple are raising a four-year-old son, and the complaint chronicles the legal uncertainty that their family faces without marriage equality. Duff is prohibited by Virginia law from adopting the couple's son as a co-parent, and worries she could be left powerless in the event of a health crisis for Harris, who suffers from epilepsy. 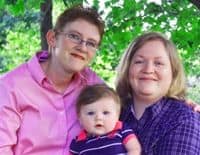 Berghoff and Kidd, the other couple, have been together for over nine years and are raising an eight-month-old daughter. Berghoff, an Air Force veteran, works for the Justice Department in Washington, D.C. The two women married in D.C. in 2011. Like Duff and Harris, Berghoff and Kidd are prohibited from being recognized as their daughter's two parents, and the couple carries co-custodianship papers with them wherever they go in an attempt to protect their family in an emergency.

The new lawsuit, filed in the Western District of Virginia and known officially as Harris v. McDonnell, joins two other recently filed ACLU challenges, one in Pennsylvania and the other in North Carolina. (The North Carolina case was previously an adoption case.)  It is the second marriage equality case to be filed in Virginia this month: a Norfolk couple filed their own suit a few weeks ago.

As the Washington Post points out, litigation is the clearest way forward for marriage equality in Old Dominion, since a legislative push to repeal the state's ban would need to be approved twice by the General Assembly (with an intervening election for the House of Delegates) and then be approved by voters in a ballot referendum.

Read the full complaint below, via Scribd, AFTER THE JUMP...