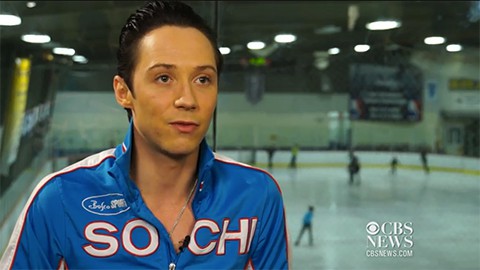 Out gay figure skater Johny Weir recently spoke with CBS News about the Sochi Games and Russia’s anti-gay laws, re-iterating his intention to attend the Sochi Games: “Would the Olympics be in Saudi Arabia, in Palestine, in Pyongyang, North Korea, on Mars, I would go because that’s what I’m trained to do and that’s what I’ve devoted my life to.”

Weir also commented on the prospect of getting arrested due to Russia’s strict yet vague anti-gay laws: