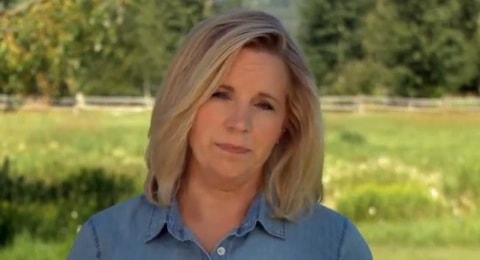 Liz Cheney, a candidate for U.S. Senate in Wyoming, reacted yesterday to charges by her opponent that she "aggressively promotes" gay marriage, ABC News reports:

Cheney is running for the U.S. Senate in Wyoming, challenging fellow Republican Sen. Mike Enzi. In a statement today she accused the Enzi campaign of conducting a “push poll” in the state, which asks “Are you aware that Liz Cheney supports abortion and aggressively promotes gay marriage?”

The Enzi campaign categorically denied it conducted the poll.

“I am strongly pro-life and I am not pro-gay marriage,” Cheney said in a statement, adding that she believes “the issue of marriage must be decided by the states, and by the people in the states, not by judges and not even by legislators, but by the people themselves.”

“The people of Wyoming deserve an honest campaign.  They should not be subject to the kind of dirty tricks this push poll represents.  I call on Senator Enzi to denounce this poll and to tell the National Republican Senatorial Committee, or anyone else promoting untruths on his behalf, to stop,” Cheney said.

Cheney's statement breaks with other members of her family. Her sister Mary, who is gay, and her mother and father Dick and Lynne Cheney, support marriage equality.