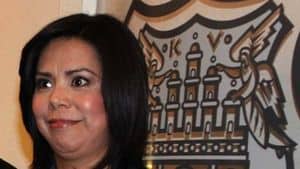 Ana María Jiménez Ortiz, a member of Mexico's PAN party, says that gays should not be allowed to marry because,

"A marriage should only be considered amongst people that can look at each other in the eye while having sexual intercourse. Something that does not happen in homosexual couples."

Ortiz continued with her flawed assumptions by citing the condemned Regnerus study as justification and then resorted to the classic fallbacks of claiming she made her arguments in a respectful manner and the overused “I’m sorry that my participation was taken out of context."