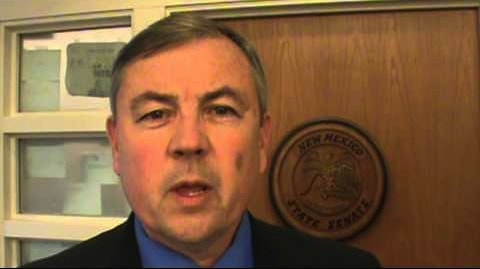 Just yesterday we told you about Senator Bill Sharer (R – Farmington) calling gay men "whores" who should follow the example of renowned pederast Alexander the Great settle down with a woman. Today we present you with an audio clip from the Janet Mefford Show of the good Senator saying that marriage equality bills allow "any two things" to get married.

Jeremy Hooper at Good As You provides a blistering retort to the Senator's callous bigotry, pointing out the two rather important facts: gays are not "things" and "no state senator has pushed for marriage between a man and his toaster!"

While hateful attitudes like these are galling, they are also something to be somewhat greatful for. Much like the antics of Westboro, people like Sharer unmask the ugliness behind anti-gay bigotry, and the uglier they are the more they drive people, particularly younger people, away from their cruel ideologies. This is why we will win in the end.

Previous Post: « The Paths of 170 Years of Hurricanes Combined Into One Map: PHOTO
Next Post: He Drives for the Applause: VIDEO »