The Family Research Council is at it again. Senior Vice President Rob Schwarzwalder issued a rather confused statement about the injustice of same-sex unions proponents' claims of injustice surrounding the lack of universal legalization of gay marriage in America. Schwarzwalder has wrapped this gold nugget of an idea within an essay about why male-female unions are the only relationships which can be claimed as "natural marriages." 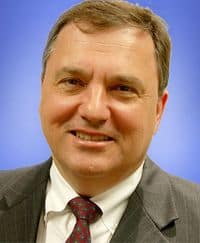 The essay, via the Family Research Council's website, reads:

Organizations like Freedom to Marry, the National Gay and Lesbian Task Force, and the Human Rights Campaign argue that same-sex marriage is a matter of justice: If two same-sex partners (1) love one another romantically and (2) volitionally choose to wed, there should be no legal impediments to their doing so. They assert that such impediments imply some combination of ignorance, religious bigotry, or sheer homophobia.

The claim of injustice is itself unjust. Because people want to do something that does not adversely affect those immediately around them (e.g., neighbors or co-workers) does not mean they should be allowed to do so. Society is organic and, thus, so is harm. Same-sex unions do not threaten any healthy natural marriage but, rather, they threaten the institution of marriage and, thereby, the well-being of countless families.

Similarly, we have laws against myriad "victimless" crimes (substance abuse, prostitution, etc.) not only because they harm individuals who engage in them but also because they degrade society. Consensual homosexual unions might cause no apparent distress to persons proximate to them, but they diminish an institution – marriage – without which, civilization will erode ever more quickly. And in case one hasn't noticed, natural marriage in the United States is in enough trouble as it is. 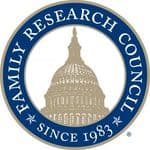 In their very unnaturalness, it seems that homosexual unions are degrading society. Oh, and in the same way that substance abuse and prostitution–both issues with intense ties to American income disparity and psychological/physical harm–are.

Good as You reports:

It's the kind of claim that manages to marry the anti-gay far right's most cherished mindsets: blame and superiority.

The obvious truth is that denying civil marriage equality to taxpayers who love and live within same-sex couplings is, in fact, an injustice. It would be even if Mr. Schwarzwalder and his employer were less histrionic about the Pandora's Box that gay people's golden rings supposedly opens.