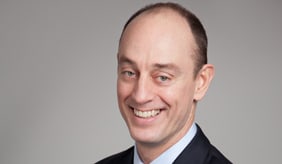 Last week, Andy reported on a disturbing development from Republicans in Congress who should be worrying about keeping the government running rather than discriminating against gays. Idaho Republican Representative Paul Labrador, a leading arch-conservative, introduced a bill that would "protect the freedom of conscience" for those who dislike the idea of two men marrying each other. The bill would, among other things, permit federal workers to refuse to serve married same-sex couples, or same-sex couples wishing to get married, based on their own personal religious beliefs.

It is a law that would undermine every marriage equality success we have achieved over the last few years.

James Esseks (right) raised this point at this year's Lavender Law conference. After winning an award for his long service to the LGBT community and great success as LGBT Project Director at the ACLU and as one of Edie Windsor's attorneys, James asked us to pay attention to something many in the audience had not yet imagined: the possibility that the freedom of religion could destroy all of our pro-LGBT equality success. He was worried about precisely the kind of law Rep. Labrador is proposing. 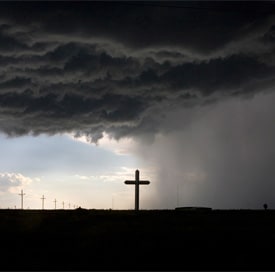 I am referring to religious exemptions to LGBT protections.

Some of these exemptions are eminently reasonable: A Catholic Church should not be forced by the State to perform and recognize a same-sex marriage if its doctrine opposes it.

Others are miles north of tricky and dangerous: Certain "conscience clauses" allow a county clerk to refuse to issue a marriage license to a same-sex couple in a marriage equality state if the idea of same-sex marriage offends him or her personally. Or, a "religious exception" allows a high school student to harass a gay peer if his religion tells him to oppose homosexuality.

Every time we negotiate over language on a ballot initiative or over language in a bill before a legislature for legislation protecting LGBT Americans from discrimination, we have come to reflexively include an exemption for religious observance. A little of that is ok; a lot of that threatens to do violence to the underlying purposes of the legislation. I argue that if these exemptions — even the narrow, legitimate ones — become too rote, too common, too enshrined in the law, then it feeds the cultural narrative that religious liberty trumps equality and fairness.

So, how do we argue that religious liberty and equality are not in conflict and that, at times, equality wins out? We cannot simply say that "I have a right to marry whom I love" because it is just as easy for someone to respond, "I have the right to follow my religious beliefs."

In other words, this isn't a question of rights. This is a question of values. The way to avoid a conflict between two rights is to deny that we are on a rights battlefield. There are two ways to do that: (1) eliminate the battle by seeking equality through the courts, not the legislative process, and (2) argue for equality differently. The first option isn't always available, so we must understand that marriage equality, employment fairness, protection from identity harassment and a host of other LGBT legal issues are about human dignity and social goods: individuals, regardless of their sexual orientation, deserve to be treated with equal dignity and, even more important, society will be better off when they are.

AFTER THE JUMP, let's see how these options help solve the religious exemption problem.

There is an inherent injustice in having this debate about religious exemptions to equality laws when, of all things, LGBT equality is at stake. That is because we had this debate already, and equality won out. Every state has what are called "public accommodations" laws, which prevent institutions and businesses that open themselves to the public from discriminating. A mall, a store, a restaurant, for example, cannot deny service to black people simply because they're black. The fact that a case of LGBT equality requires a religious exemption from equal treatment runs afoul of the spirit and sometimes the letter of default public accommodations laws. That means that the moment we accept religious exemptions, we are accepting the fact that sexual orientation should be treated differently than other deeply held characteristics that distinguish individual from one another.

That's dangerous. We have been arguing that there really is little difference between the equality principle embodied by Loving v. Virginia, the Supreme Court case that invalidated laws banning interracial marriage, and marriage equality. But if we accept that sexual orientation deserves different legal treatment than race in the religious exemption/public accommodation context, we erode that argument.

What can be done?

You will notice, as Lambda Legal's Haley Gorenberg pointed out at Lavender Law, that the problem of religious exemptions only comes up when we earn our equality through politics or legislation. Legislation is the product of bartering, marketing campaigns with voters and persuasion; as such, we need to give in order to take. But when we win equality through the courts — like when DOMA or Prop 8 were struck down — we had no need to barter. A court of law said discrimination violated the Constitution; no give-and-take was necessary.

But litigation is not always available. Nor is it always preferable. You can imagine scenarios where we would much rather have public will on our side so as to prevent a backlash, for example.

When we have to engage in the political sphere, we have to tailor our argument to make religious exemptions less necessary and less powerful. If LGBT equality is about our right to the free exercise of our identity, then it is easy for a traditionalist to come back and challenge the idea that our equality merits the perceived subjugation of his right to freely exercise his religion.

We have to argue that he misses the point. Equality laws are not about rights. Nor, for that matter are rights to exercise your religion freely. Rather, they embody a national value of dignity and personhood and the idea that treating all people with equal dignity is actually a good thing for society. In this way, these two "rights" do not conflict. They join together to treat us as whole persons and when the exercise of one interferes with that ultimate goal, it takes a back seat to the greater purpose.

Our movement has already been doing something like this. During the 2012 election season, when marriage equality was on the ballot in 4 states, campaigns led by Freedom to Marry focused on human dignity, personhood, love and commitment. It barely, if ever, mentioned a "right" to marry. These are going to be the successful arguments when it comes to other LGBT equality laws, from employment protection to antiharassment legislation. Preventing someone from being fired simply because he or she is gay is not simply a right; it is also a manifestation of the dignity to which we are entitled as free persons in a democratic society.