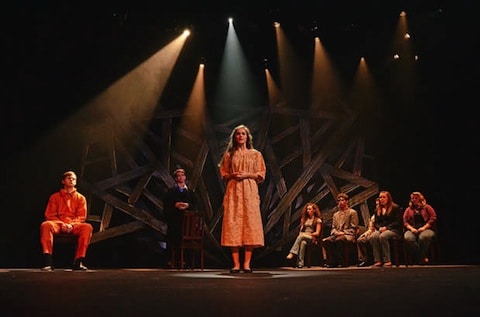 This is why we can't have nice things.

On Thursday we reported that a group of University of Mississippi students decided to disrupt a performance of "The Laramie Project" with mocking laughter and gay slurs. Since no one specific troublemaker or set of troublemakers could be identified, everyone has to suffer the penalties.

The school's Bias Incident Response Team reports that nobody gave names or accused specific students of misbehaving during "The Laramie Project" […] [E]very student in the Oct. 1 audience will have to attend an "educational dialogue session" led by faculty and Allies.

While it was suspected that the disruption was led by a group of about 20 football players, no evidence has surfaced to prove the claim. The darkness of the theater made it difficult to identify individuals, and variations in the claims of volume and frequency of the disruptions has further muddied the waters.