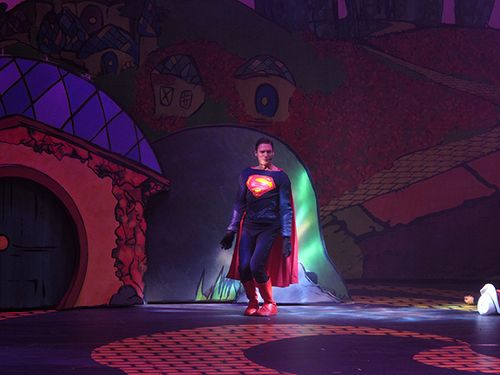 Last week we reported on a homophobic Halloween production, Bill and Ted's Excellent Halloween, at Universal Studios which a writer at Vice had fully documented.

The show featured a Superman who developed a lisp and limp wrists after being dusted with 'fairy dust' and 'becoming gay'. After complaints reached critical mass and they received a nudge from GLAAD, Universal said they would look into the production.

And now they've decided to cancel it:

After thoughtful consideration, Universal Studios Hollywood has made the decision to discontinue production of the Halloween Horror Nights' "Bill & Ted" show for the remainder of its limited run.

Previous Post: « What Does a Bike Backflip Over a 72-Foot Canyon Feel Like? – VIDEO
Next Post: Four Sexy Photos of Jake Gyllenhaal to Brighten Your Day »