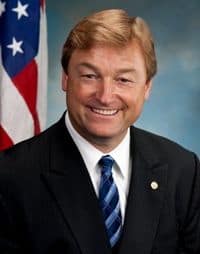 In a statement released this morning, Senator Dean Heller (R-NV) announced his support for the Employment Non-Discrimination Act (ENDA), making him the critical 60th vote necessary to avoid a potential filibuster.

"After listening to Nevadans' concerns about this issue from a variety of viewpoints and after numerous conversations with my colleagues, I feel that supporting this legislation is the right thing to do. Under the leadership of this Governor, as well as the legislature over the past several years, Nevada has established a solid foundation of anti-discrimination laws. This legislation raises the federal standards to match what we have come to expect in Nevada, which is that discrimination must not be tolerated under any circumstances."

ENDA is scheduled for a vote later today.