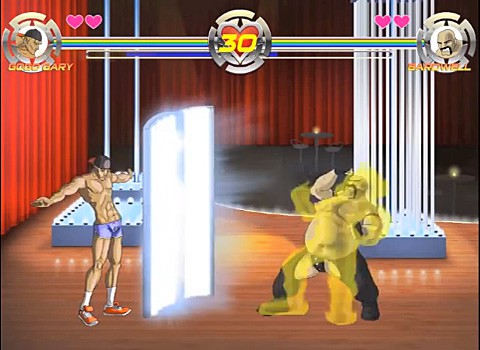 Despite the typically hyper-masculine vibe of fighting video games games like Street Fighter, Soul Calibur, or Guilty Gear the genre isn't a stranger to LGBT culture, either through subtlely coded gay characters, instances of gender-bending, transexuality, fetishes, or the mind-bogglingly homoerotic. Indie game studio Handsome Woman felt that there was a lack of explicit representation, though, that gays were "never the kick-ass fighters, the bad-asses who rescue you and save the day." So they coded Ultimate Gay Fighter. 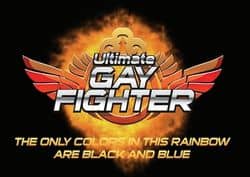 Billing itself as "The World's First Ever Gay Video Game….Ever!!!!" (even though Japan's Ai Cho Aniki claimed that title long ago) Ultimate Gay Fighter is a 2D fighting game that pits a variety of gay stereotypes, such as Bardwell the Leather Bear, voguer Devon Devastation, and construction worker Sappho Ethridge against each other and ultimately the League of Oppressive Self Righteous Zealots (LOSRZ) to win the title of Gay Fight champion. The camp value is high and will have a balancing act to carry between having fun and taking itself too seriously.

The game will be released on iOS, Android, and Windows phones in January 2014 and you can see the game's trailer AFTER THE JUMP…