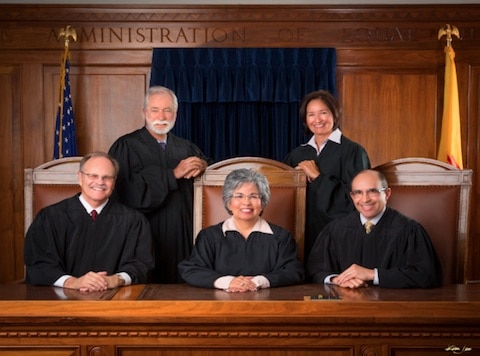 New Mexico became the 17th marriage equality state today when the state's supreme court declared marriage discrimination unconstitutional. It was a unanimous ruling and one that was based on legal concepts with which we should all be familiar: equal protection, intermediate scrutiny, state interests, and "responsible procreation". 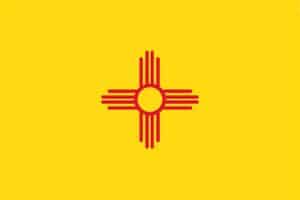 Regular readers of Towleroad's law column already know the basics: The constitution–in this case, a state constitution–guarantees equal protection of the law. Denying marriage licenses to certain individuals simply because of their sex or sexual orientation is unequal treatment that the state has to justify. Because the LGBT community has long been a victim of institutionalized and insidious discrimination, the state has a high burden to meet, a burden we call "intermediate scrutiny." The supposed justification that restricting marriage to opposite sex couples prevents accidental children out of wedlock is no justification for discrimination because marriage has never had anything to do with raising children. Because the state cannot meets its burden, the discrimination is unconstitutional. Gays can marry.

It is remarkable that this legal narrative has become so simple, so obvious, so matter-of-fact that we can summarize it in a paragraph and move on. Ten years ago, it was a theory a few of us deeply believed in. But it has become as airtight a legal doctrine as any I know. Today's decision from the New Mexico Supreme Court reinforces that view. It also highlights the impact the Supreme Court's recent DOMA decision (Windsor v. United States) will have on the next generation of marriage cases.

Follow me AFTER THE JUMP for a more detailed analysis.

Once it was clear that New Mexico banned same-sex marriages, the court had to determine if doing so was constitutional. And although the case was based on state law, the arguments and legal doctrines were all remarkably similar to their federal counterparts.

And so the rest of the case sounds a lot like the substantive parts of Perry v. Brown, the Prop 8 case. The plaintiffs in New Mexico argued that they are just like opposite-sex couples: committed, in love, desirous of the state recognition and benefits associated with marriage. They, therefore, should be treated equally.

They also argued that, as members of the LGBT community, they had been subject to discrimination and had long been disfavored under the law, thus requiring the court to be extra skeptical of any state law that adds to that discrimination. This was the heightened scrutiny argument: Because the state has a history of discriminating against gays for no good reason, any such discrimination has to pass a high hurdle before it will pass constitutional muster.

New Mexico's decision in this regard is actually of some note. To reach intermediate or heightened scrutiny, a plaintiff has to show that he or she is a member of a discrete subgroup defined by a characteristic beyond its control and irrelevant to being a productive member of society, that the group has been the subject of discrimination, and is politically "powerless". Opponents of marriage equality like to focus on the red herring of gay political power: The President of the United States supports us, the Democratic Party platform favors marriage equality, Tammy Baldwin is a member of the Senate, we raise millions for advocacy every year, and so on.

But the court saw this for the nonsense that it is. As we have discussed before, the "political powerlessness" prong is not a math equation about how many public offices we hold or have much power our money gives us. It is, instead, meant to reflect the burdens we face in the political process. We have constitutional amendments enshrining our inequality in a majority of the states, hate crimes against gays are up and they are up in reaction to political successes, and advocacy is essential because of the continued discrimination against us and because of our gross under-representation in positions of power. What's more, our political successes are fragile, at risk of being overturned and at the mercy of a heterosexual majority. Understanding the scrutiny test this way is notable because the New Mexico court responded well to the same types of arguments of gay political power offered by Justices Scalia and Alito and Chief Justice Roberts at the Windsor and prop 8 hearings.

Back to the case at hand: The only real argument for treating same-sex and opposite-sex couples differently when it came to marriage was that keeping marriage an exclusive right of heterosexuals advanced the state goal of encouraging "responsible procreation." That is, that because opposite-sex couples are the only ones that could accidentally have children, they need marriage to keep children inside the marital union.

That, of course, is preposterous on many levels. And the New Mexico Supreme Court agreed. Marriage, the justices said, had never been associated or dependent upon child rearing or procreation. And banning an entire group of marrying would, in any event, do nothing to encourage an entirely different group to marry.

In the end, then, denying same-sex couples marriage licenses violates equal protection and does not pass intermediate scrutiny in New Mexico. That argument mirrors the argument in Perry and will mirror the argument in every marriage case going forward.