In 2012 he gave us 'The Giver,' in 2013, 'Need U (100%),' (which won a Grammy nomination) and now, in 2014, Duke Dumont changes his sound completely with 'I Got U.' This track, which samples Whitney Houston's 'My Love is Your Love' is the second single off of Dumont's forthcoming debut album. If his previous efforts are any indication, this man's Midas touch will have you dancing all year long. 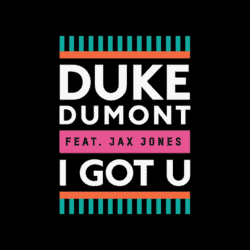 While the end of 2013 was all about the impact of Beyoncé, 2014 brings us back to a more innocent time in Ms. Knowles' career, courtesy of the Copenhagen-based brothers known as Borneland. The duo's first official release is a remix of Destiny's Child's 'Bug A Boo' which takes the hilarious original track and gives it a disco-funk groove that's a sure way to make people step up and notice.

The blogosphere is already buzzing about MNEK being the artist to watch in 2014 and his 'refix' of the classic pop anthem, 'Never Leave You' makes it all the more clear that the buzz is warranted. The Grammy nominated (along with co-producer Duke Dumont) singer/songwriter/producer removes the dated 'Diwali riddim' of the infectious original and really gives his vocal and production chops a chance to shine. The wunderkind's album drops later this year and it seems the entire music industry is rightfully waiting with bated breath.

HNNY follows up to 'Boy' and 'Exactly' with 'No,' a song that updates TLC's 'No Scrubs' for a new era. The production is lush, deep, and dreamy, just as we've come to expect from the Swedish maestro.

While the late Peter Rauhofer's mashup of Mariah Carey's 2006 comeback single and Fragma's 'Toca's Miracle' will always be the definitive 'We Belong Together' remix, the relatively unknown artist known as Saint Pepsi has put together an inspired remix that updates the original yeta gain. The production harkens back to '90s house blended with elements of disco, which thanks to our nostalgic tendencies seems to sound very current.

Atjazz Record Company just released this mix to celebrate 50,000 followers on Facebook. This uplifting mix includes elements of deep house, African rhythms, and soulful vocals that combine to create a "feel good" vibe. Best of all, the mix is available as a free download, so you can enjoy it all weekend long.