There is one notable difference between this and other cases that some readers may find confusing. This was what lawyers call a "motion for preliminary injunction." For the most part, our marriage equality decisions have come as the result of a trial (the Prop 8 case, for example) or a "motion for summary judgment" (the Oklahoma decision, for example). We all know what trials are. Summary judgment motions happen when the parties and the judge think that a trial isn't really necessary: everyone agrees what the facts are and everyone agrees what the issues are, so the judge can go ahead and read the legal arguments and make his or her decision.

But, basically, getting a court to issue a preliminary injunction to stop the state from enforcing a law because the law is unconstitutional is a huge victory. It signals a final victory is just down the road. Therefore, although the injunction was stayed — or held off from being implemented — just like the decisions in Utah and Virginia, this is a major victory in a very red state. 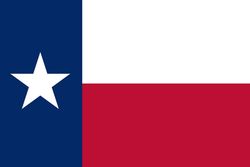 Another notable element of the decision was Judge Garcia's eloquent explanation for how a continued denial of marriage rights causes "irreparable injury" to gays and gay couples. Not only can they not access important rights and benefits before they get a marriage license, but every day without the opportunity to marry and every day with a law on the books that says gay love is illegal is demeaning, a threat to dignity, and an erosion of freedom and personhood. This too often goes unstated.

Otherwise, the decision sounds downright ordinary, even routine. When Judge Vaughn Walker issued his decision in the Prop 8 case, the arguments were groundbreaking. Today, his arguments are repeated on a daily basis, winning in cities far more conservative that San Francisco.

Judge Garcia addressed the level of scrutiny, concluding that he agreed with the plaintiffs that discrimination on the basis of sexual orientation merited heightened scrutiny. He declined to take the plunge, though, noting, like many judges before him, that banning gays from marrying does not even pass the lowest form of constitutional review. Wanting to encourage couples to raise children in two-parent households is in no way realized by banning individuals of the same-sex from coming together in those very two-parent households. Banning gays from marrying does not encourage heterosexuals to marry. And gays are amazing parents. All the traditional arguments fail to explain why anyone would want to prevent gays from marrying. The only thing left is hatred, and that doesn't fly.

That was the Equal Protection argument. With respect to Due Process, Judge Garcia noted that all the plaintiffs want to do is exercise their right to choose whom to marry. They are not, as the State of Texas argued, trying to create a "new" right to "get gay married." Marriage is marriage, as our friend Brian Chelcun argued here before. We want to marry and marriage is a fundamental right that the state cannot fiddle with without a good reason. As discussed, there are no good reasons for marriage discrimination against gays.