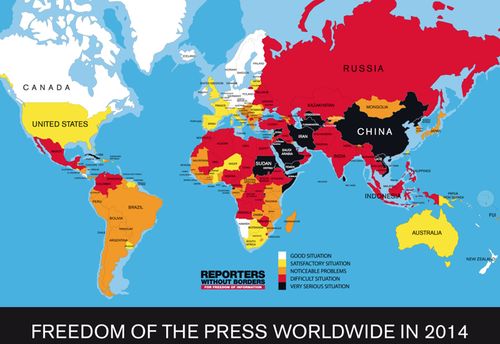 A new map (click to enlarge, or look here) from Reporters Without Borders, via Slate:

The U.S. shows a “satisfactory situation,” but it has dropped 14 ranks since last year’s report and now sits at the 46th spot. This decline, according to the report, is due to the Obama administration’s hostility toward whistleblowers and leakers and the conviction of Chelsea Manning for releasing a trove of classified documents to WikiLeaks in 2010