An Iowa man says he was fired from his job as a store clerk for "feminine behavior." Twenty-two year-old Wayne Shimer has filed a complaint with the Iowa Civil Rights Commission and issued a lawsuit against Casey’s General Store outside of Des Moines. 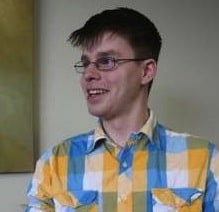 Shimer began working at the convenience store in July 2012, according to the lawsuit.

After approximately a month, the store manager learned Shimer was gay, LeGrant said.

“She didn’t want his ‘feminine behavior’ to scare off the customers, and she was concerned that it may have some impact on some of the employees,” LeGrant said. “(Shimer) was blown away by that, because it was something that she approached him with completely out of the blue. It hadn’t come up even indirectly before then.”

During the time Shimer worked at the store, the supervisor made “repeated” derogatory comments toward him, including “you don’t fit in normal society,” according to the lawsuit. Shimer’s husband wasn’t allowed by the manager to visit Shimer while he worked.

“It is my hope that this civil action will open the eyes of employers and the community and serve as a reminder that sexual orientation and who we love should not disqualify anyone from employment.”