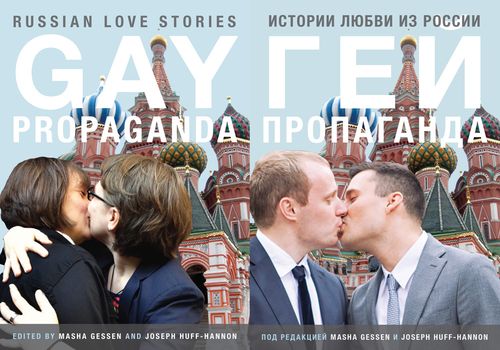 Since Russian President Vladimir Putin signed the anti-gay propaganda bill into law back in June of last year, we’ve extensively covered the impact of the law, shows of anti-gay prejudice across Russia, the media's coverage of the issue and the reactions the law elicited from LGBT activists and allies across the world.

Now a new book has been released, Gay Propaganda, edited by Masha Gessen and Joseph Huff-Hannon, that serves as “a collection of stories, interviews and testimonials about the lives and loves of LGBT Russians living both in Russia and in exile today.” The project tells the “tales of long-term commitment, dating, and daily life—offer[ing] a timely and intimate window into the lives of Russians persecuted for who they love.”

You can find out more about the book and buy it HERE.