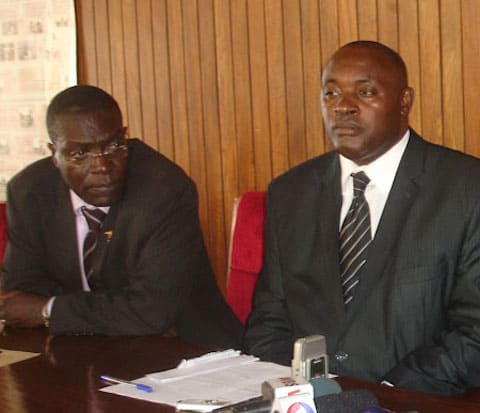 Though he thinks of gays as "abnormal", Ugandan President Museveni recently blocked his country's anti-homosexuality bill for being pushed through the system illegally and is now waiting to have scientific proof that homosexuals are made, not born, before he would sign off on the bill. Drs. Kenneth Omona, Sam Lyomoki, Medard Bitekyerezo, and Chris Baryomunzi have risen to the challenge with findings of their own that say that homosexuality is not an inborn trait. Said Dr. Bitekyerezo:

From the research that I have engaged in for some time ever since we were assigned by the caucus, I have discovered that there is no gene that is said to produce [homosexuality] as claimed by some people.

In one study [it is] revealed that actually 50 per cent of the homosexuals revert to heterosexuality if rehabilitated in time. This, in itself, reveals a behavioural aspect.

Of course, none of this has been peer-reviewed, their methodology has not yet been detailed, Dr. Omona hasn't indicated the difference between "rehabilitation" and "conditioning",  and controls for logical fallacies (correlation v. causation, false cause, personal incredulity, "the Texas sharpshooter", etc.) and biases have not been indicated. Additionally, the preliminary remarks seem to dismiss or ignore the 2010 Report of the Royal College of Psychiatrists in England on Human Sexuality submitted to the Church of England, which found that: