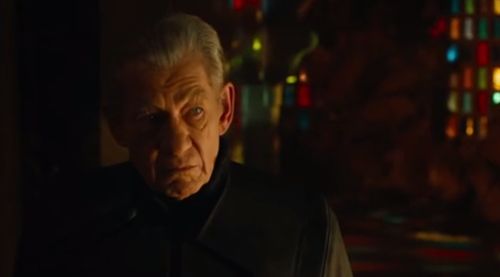 Sir Ian McKellen has been out since 1988, serving as one of the gay rights movement's most revered (and Oscar-nominated) celebrities. Now he has revealed that an appeal to gay rights was the reason he took on one of his more iconic roles. It is no surprise to movie-lovers that the "X-Men" film series could stand in as an allegory for civil rights battles, but knowing that Magneto may never have been embodied by McKellen makes the comparison all the more important and intriguing.

“I was sold it by Bryan [Singer, the director] who said, ‘Mutants are like gays. They’re cast out by society for no good reason,’” [McKellen] explained to Buzzfeed.

"And that’s true. I’ve come across that division within the gay rights movement.”

McKellen said that though he had partners throughout the 70's and 60's, there were still societal limitations which made him think small in regards to the future of gay rights.

"There we certain things we weren’t allowed to do and I’m afraid I rather went along with that because I was having a rather good time being an actor.”

“But I realised my position was not a sensible one. I realised what I had to do was ‘come out’.”

He also said that another coming out moment, that of Ellen Page who will also star in "X-Men: Days of Futures Past," is important for a new generation of comic book readers and movie watchers.

“Marvel told me that the demographic for the readership of the comics is young blacks, young jews, and young gays. These are all young people who feel a little bit like mutants, so they sympathise with [the X-Men] and want them to thrive and do well.”

“And all this has come to a happy conclusion hasn’t it, with Ellen Page coming out. That gladdened my heart so much.”

The new movie arrives in theaters on May 22nd!