The state of Utah filed a formal brief against same-sex marriage before the 10th Circuit late Monday evening, and the message they have put across is all about the children. The brief claimed that marriage is "principally a child-centered institution" rather than one aimed at fulfilling "the emotional interests of adults." 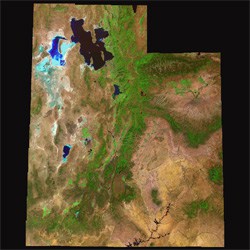 The brief was written by seven attorneys, and now representation for the three same-sex couples challenging the state's ban on gay marriage have until February 25th to file their response brief. Oral arguments in the case will begin on April 10th.

"Marriage between the man and woman who create a child provides that essential link," the state said, and encourages those parents to set aside their own personal desires for the benefit of their children.

"The district court’s ruling rests on a very different understanding of the principal public purpose and meaning of marriage — one centered on accommodating adult relationship choices," the state said.

But Utah has "steadfastly" reserved social recognition of marriage for man-woman marriage "so as to guide as many procreative couples as possible into the optimal, conjugal childrearing model."

"While other jurisdictions may choose to elevate adult-centric relationships, Utah has chosen a different course," the state said.

Utah’s marriage laws signal "all would-be parents that the state want them to do their best to ensure that any children they conceive are raised by their biological mother and father within a stable marital union." 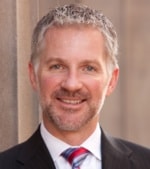 The state also argued against the December 20th decision by district court judge Robert Shelby (right), in which he overturned the state ban on same-sex marriage, claiming that Shelby misinterpreted legal precedent and was incorrect to label marriage for same-sex couples a fundamental right, among other problems.

Utah "has good reason to fear that a judge-imposed redefinition — and the changes to the public meaning of marriage such a redefinition would entail — would over time weaken its marriage tradition enough to reduce its fertility rate, perhaps even below the replacement rate," the state said.

The laws governing marriage do not interfere with the ability of same-sex couples to enter committed, loving relationships or to raise children together, the state argues.

Instead, they "encourage a familial structure that has served society for thousands of years as the ideal setting for raising children. Nothing in the federal Constitution prevents Utah’s citizens from making that choice."