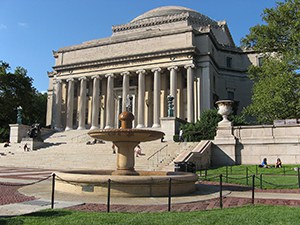 "Our findings indicate that sexual minorities living in communities with higher levels of prejudice die sooner than sexual minorities living in low-prejudice communities, and that these effects are independent of established risk factors for mortality, including household income, education, gender, ethnicity, and age, as well as the average income and education level of residents in the communities where the respondents lived," said Dr. Hatzenbuehler. "In fact, our results for prejudice were comparable to life expectancy differences that have been observed between individuals with and without a high school education.” […]

Of the deaths in high-prejudice communities, 25% were due to cardiovascular disease, compared to 18.6% of deaths in the low-prejudice communities. "Psychosocial stressors are strongly linked to cardiovascular risk, and this kind of stress may represent an indirect pathway through which prejudice contributes to mortality. Discrimination, prejudice, and social marginalization create several unique demands on stigmatized individuals that are stress-inducing," said Dr. Hatzenbuehler.

The study is also remarkable not just in its conclusions but also in its methods, particularly in the way it quantifies prejudice within a community. As “Dr. Hatzenbuehler points out, the community-level measure of prejudice does not rely on sexual minorities' perceptions of how stigmatizing their communities are, but rather was based on the prejudicial attitudes of all respondents living in that community.”

The full study is available online in the journal Social Science & Medicine.